Fake Artificial Intelligence (AI) Vs Real Autonomous AI: How To Tell The Difference Between The Scammers & The Real Deal

Everyone knows that Artificial Intelligence (AI) is a big thing and almost every single tech company in the world seems to be riding that hype wave.

However, we feel like it’s our purpose and responsibility to inform you that the claims of almost every tech company using AI are absolutely false, and here’s why.

Such hype wave comes with a whole new world of marketers and scammers using the buzz word with fake AI to trick their potential users into thinking they’re using real autonomous AI. Why? Because it sells.

Our Chief Technology Officer (CTO), Gabriel Kent, goes into more depth as to the technical aspects of Fake AI vs Real Autonomous AI here: What Is Next Generation Ad Tech Artificial Intelligence (AI)

Our job and responsibility is to inform you on the business aspects of truly “Useful Autonomous AI vs Useless AI”; because there’s no point in supposedly using AI if it’s not going to outperform humans.

Useful and autonomous AI implies using a combination of neural networks, machine, transfer, reinforcement and deep learning in production models that are actually taking action on the predictions of the simulations, not just making recommendations and providing insights of what to do (sorry “AI” analytics companies, but if some human needs to actually do what your platform recommends, then that’s not a truly useful, independent and autonomous AI).

Useful Autonomous AI eliminates the need for human intervention and even the need for human-in-the-loop; it does all the work for humans and takes care of those aforementioned recommendations for them, it doesn’t just provide insights. That’s not to say the predictive technology of those tech companies is bad, we’re sure it’s amazing; but it just can’t be considered useful autonomous “AI” per say.

Useful and autonomous AI is what The Adext AI is currently achieving by increasing e-commerce sales within Google AdWords + Facebook Ads by +1,200% (average across all user data) when compared to the human + pre-Adext technology benchmark/baseline based on the historical data of those users before The Adext AI took over their campaigns.

Fortunately for us, Google and Facebook combined, receive 84% of the global digital advertising investments according to the Financial Times. Why do they receive so much? We believe it’s mainly due to their ability to generate sales at a very low cost, and not just clicks/impressions.

The Adext AI doesn’t pretend to do Google’s job better than Google, nor Facebook’s job better than Facebook. That would be a very ambitious goal, considering they both have some of the best talent in the Artificial Intelligence space.

We did, however, achieve an AI that does the job better than any human media buyer + pre-Adext technology using those platforms.

Again, not to say their technology is bad, it’s actually very good.

It’s simply becoming obsolete, in the sense that their approach can only deliver conversion uplifts ranging between +10% to +20% in average.

A few weeks ago, The Adext AI was delivering conversion/sales uplifts of +500% (average), and last week it was increasing them by +1,200%. The Adext AI is learning and delivering efficiencies that even we who built it, cannot even begin to comprehend.

We wouldn’t be surprised if within a few more weeks it’s increasing e-commerce transactions by +2,500%.

Peter Thiel, in his bestseller book “From Zero To One”, states that disruptive technology needs to be 10x superior to its “closest substitute” and we tend to agree with him.

“Closest substitute” in this case would be the old tech bid managers mentioned above.

Anyway, the whole purpose of this article is to inform you on how to tell the difference, for you to weed out the fakers, pretenders, marketers and scammers, so here it goes: 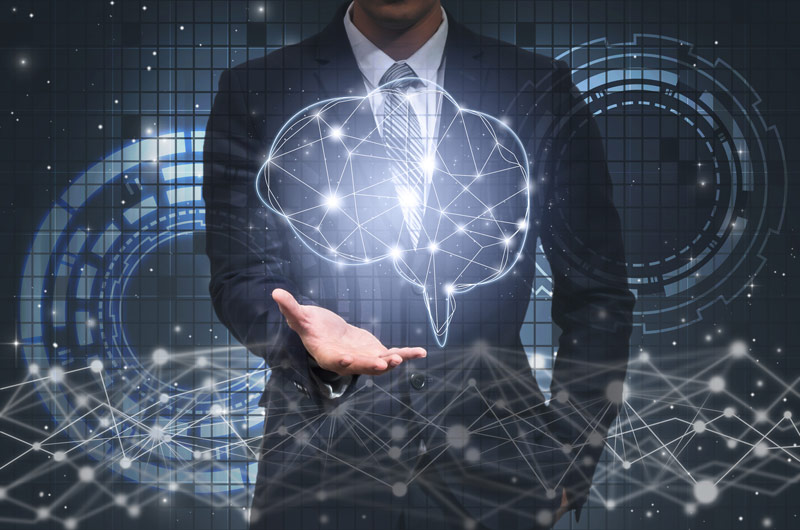 Congratulations, you just became an expert on being able to identify if any given company is using truly useful autonomous AI or fake AI.

If you wish to join the hype wave and scammers (which we strongly advise that you don’t), then read this article: How To Convince Venture Capitalists You’re An Expert In Artificial Intelligence

If you want to see what true AI can do transparently by taking millions of intelligent actions per day using Gaussian processes and Bayesian inference, then please visit: https://adext.com

The Adext “Audience Management as a Service (AMaaS)” or “Dynamic Audience Optimization (DAO)” autonomous AI, is the first and currently only ad tech AI Software as a Service (SaaS) self-service solution in the world today, where a user can simply sign up, click connect to Google AdWords and/or Facebook Ads, do a 5 minute setup process, and then the artificial intelligence will do everything for the user.

After the 5 minute AI deployment process, you can see how The Adext AI is performing approximately 200 changes through 200,000 simulations per every single selected ad, every single day.

The velocity and efficiency at which real autonomous AI can scale is simply unprecedented and unmatched. No human team can even come close…

Take one of our large enterprise e-commerce clients for example, they have around 100,000 active ads within their accounts, meaning The Adext AI will perform 20,000,000 intelligent changes every day for them, via billions of simulations.

All automated smart decisions and actions are performed by what we refer to as “The Adext AI Smart Contracts” (automated ads created intelligently by our AI, and no, we don’t use the Ethereum Blockchain Protocol… yet).

All of those automated ads created, intelligent changes, and smart simulations, occur transparently within your own Google AdWords and Facebook Ads accounts so that you can see the magic happen with your own eyes.

As a result, and as of the date of this article, our real autonomous AI is increasing e-commerce transactions within those platforms on average by +1,200%… but you can expect it to be increasing them by +2,500% within a few more weeks.

Don’t be forgotten by staying in the past; join the future by merging with real autonomous AI today: adext.ai