What is Artificial Intelligence? Here’s a guide with all you wanted to know

Despite the fact that it’s over 50 years old, most people don’t know what this field of study is all about.

Are you one of them?

But that’s exactly the reason you’re here: to understand Artificial Intelligence (AI) once and for all and how you can use it to help grow your business.

When And How It Began

The term AI was born when a group of scientists conducted a study with the goal of making machines understand and use human language and then keep on going on their own.

The study was done in 1955, but the term wasn’t officially invented until one year later, after the study’s success.

After that, it was accepted everywhere because it had huge potential and it became a field of computer science. 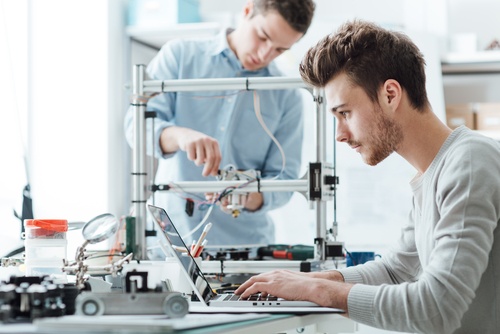 It was named “artificial intelligence” because a machine could actually be considered “intelligent” if it demonstrated anything that resembled human intelligence.

The process actually involves nothing more than programming computers in a new way using huge amounts of data to train them, so they can carry out certain tasks that humans normally do.

What is very interesting about this method is how useful it has become. It can perform tasks that other software and technologies can’t, or wouldn’t be able to do as well. 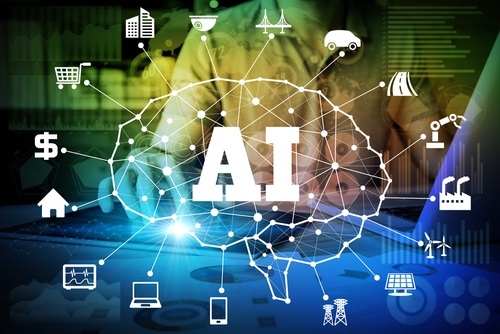 What Different Types Of AI Are Out There?

AI has made a lot of progress in recent decades, so the field was divided into subfields quite quickly.

Although not all of these areas have been properly categorized, here are what we think are the main types:

This is the most basic form of AI. This technology can observe a situation and act according to what it sees. It’s not able to conceptualize, and it has no memory. It just focuses on completing tasks.

This is the next level up from Purely Reactive. This AI can gather information to build a picture of the world in its computer mind. It has enough memory to learn small tasks and can be used to perform some decision making. 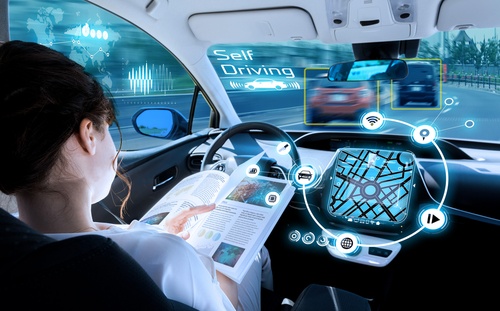 This type of AI uses more complex technology. It’s still being developed, and aims to make machines able to interact with people and understand them emotionally.

There aren’t any real examples yet, but lots of the robots in movies show how this type of AI might work—like C-3PO and R2-D2 in Star Wars.

The king of technology, this takes things to the next level. These machines will be able to socially interact, develop personalities, have feelings and form opinions. 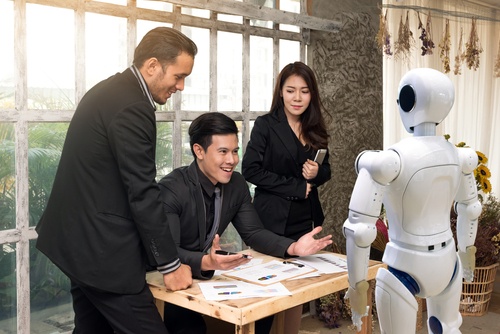 How AI Is Being Used Today

Modern AI is being used in a lot of different fields for different purposes, including reasoning, knowledge, planning, learning, communication, perception, displacement, and manipulation of objects.

Although there have been many projects across multiple fields, some have received a lot more attention from the public. Here are some of the most famous examples:

In 1997, IBM developed a computer that would defeat world chess champion Gary Kasparov. This machine impressed the world because it proved it was possible for machines to beat humans in specific tasks.

In 2007, this system was created to compete against ping-pong players. It used automatic learning systems so it could keep improving its skill level.

At the start of the millennium the first ever AI robot vocalist was built. This system can sing any song. You just need to enter the melody and lyrics.

This technology began with smartphones and is one of the most popular and most widely used technologies out there.

Its performance isn’t perfect, but over time, it’s improving (Siri’s the best example). 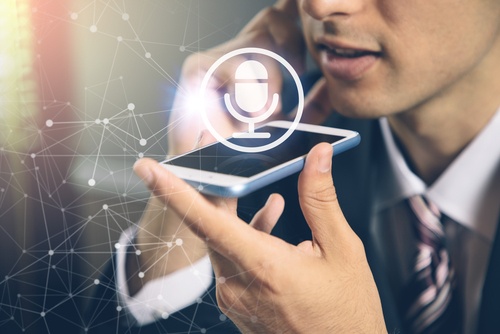 This is an independent robot that was created by the Honda group. It can mimic a lot of human movements with fluidity.

These movements include walking, running, kicking a ball and climbing stairs. But that’s not all: it’s also able to make decisions and predict movements—a true combination of motor and cognitive skills!

This robot was built between 2006 and 2010 and, like ASIMO, combines movement with perception, planning, learning and knowledge. 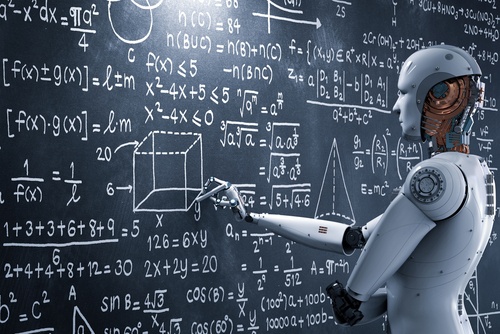 A turning point in health care: artificial limbs have been very useful to improve quality of life for people affected by illness or accidents.

Implants that can replace sensory organs have now been developed.

These include: artificial noses that respond to volatile molecules; cochlear implants that fix hearing; neuron stimulating electrodes to partly recover the sight; and artificial tongues that can taste flavors better than a professional taster. 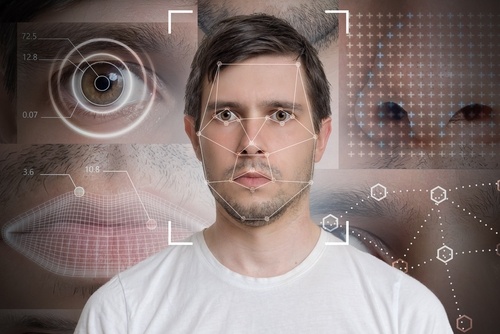 A Huge Advantage In The Present And Future Of E-commerce

AI is also changing the way online stores work, which is definitely a transition that has no point of return.

The technology lets you analyze what users have done on the internet and can predict what they’re going to do next.

This goes back to machine learning: through self-learning algorithms, machine learning can break down the vast array of Big Data to create very specific targeting experiences.

Similarly, personal shopping assistants, voice activated applications and chatbots, and interaction systems that generate conversations have been created. They’re making human staff unnecessary and therefore optional. You can learn more about that here. 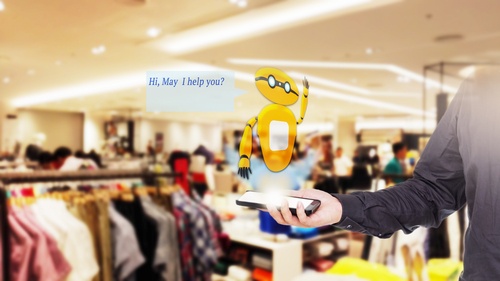 According to the Gartner website on technology, 85% of customer interactions will be through machines by 2020. And by 2018, digital assistants will recognize customers’ faces and voices.

As we know, there is a massive amount of data at our disposal, but the questions is, do we really grasp how extensive it is?

Unfortunately not. No human is capable of doing so!

But that’s where AI can save the day.

There are systems that can analyze huge volumes of unstructured data and identify hidden product attributes or trends in real time. 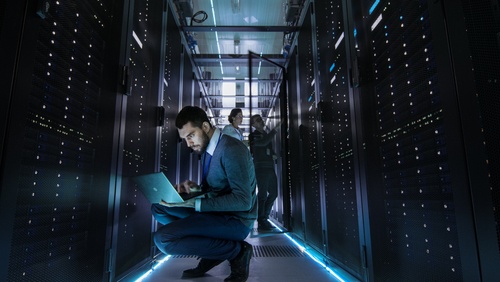 An excellent example in this field is Adext AI, a new system that uses intelligent algorithms to detect the latest and most successful trends in digital advertising campaigns published on the main internet platforms, so its currently achieving an average increasing in ads performance of 83%.

It uses advanced Machine Learning and Artificial Intelligence technologies to find the most profitable audience for any kind of online ad. It also automates budget management and optimization across several demographic groups and multiple channels (such as Google, Facebook, and Instagram) to ensure it gets you more leads and sales, at the lowest costs per conversion through 480 daily changes into each ad.

You can click here if you’d like to know more about how it works and what are the benefits you’ll get when becoming an Adext Partner.

Oh! And the best part is that Adext AI will be FREE until it actually provides you a superior conversion performance.

AI is the future of advertising. The question now is: are you ready to embrace this New AI-Driven Advertising Era?

AI goes hand in hand with the digital world, and although it may not seem like it, it’s almost impossible for us not to use it.

Just take a look at these applications, which you have probably already heard of or used, and you’ll get an idea of how common it really is these days.

AI is creating a unique consumer experience – an experience that could have only been created by physical shops, until now.

Are We Close To Witnessing What We See In All The “Hollywood” Movies?

A lot of movies have given us the idea that in the future, the human race will be eradicated by robots.

But is that really accurate?

We’ve been in charge of creating these technologies from the beginning.

However, if we look at some of the actual technological advances in those blockbuster movies over the years, some of them have actually been accomplished with AI!

If this article leaves you with a sense of curiosity or disbelief, then you should read ‘”How many jobs will be lost because of AI?” Is the wrong question’ for a more complete understanding of the subject.

Don’t forget to share your opinion in the comments section.

Let us know: Which of these technologies did you know about? Which ones surprised you the most? Would you like to know about any other particular AI technology?